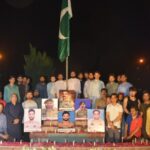 Students at male and female campuses of the International Islamic university Islamabad ( IIUI) held a candle light vigil to pay homage to the officers and soldiers of the Pak army who embraced martyrdom in a helicopter crash in Baluchistan. 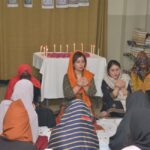 The vigil, at female campus was supervised by Dr. Shaista Shehzada and Dr Asma Gul from Faculty of Basic and Applied Sciences. They paid rich tributes to the martyrs for the sacrifice. 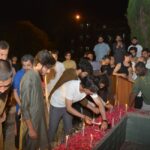 On the male side, the activity was organized by Provost office. Dr. Abrar Anver, Provost male in his speech on the occasion said these brave men of soil have sacrificed life for the homeland. He added that nation is sad on this tragedy. 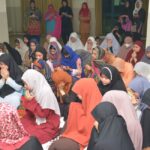